Works To Get Rid Of Dermestid Beetles Escaping 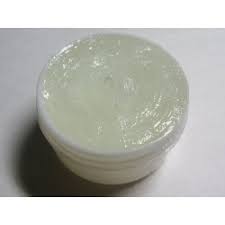 CUSTOMERS PLEASE NOTE If you are planning on using an old aquarium for Dermestid Beetles Care to house your Dermestid Beetle Colony, we suggest that you remove the silicone mold from the insides to further prevent escapes.

Super Slick Insect Barrier should be brushed or applied smoothly and thinly it should be of adequate wideness or depth to prevent agile roaches from reaching up and scaling over the layer.   For very agile Insects, a second layer of Barrier  will act as a second line of defense in case the first barrier is broken.  Theoretically The product will last infinitely, it may need to be reapplied if it becomes dirty or soiled as this can provide something for the insects to grip and climb.

Some customers have noted using a thin layer and then a second layer that is slightly thicker, however we have found that thin layers may work best.  Others will use the product as a second and final barrier after using say Aluminum or teflon tape.  The Barrier applied correctly should be unscalable however in the environment with Frass and dusty food or materials can render some breeches,

With the enclosed brush or any other applicator smear a thin layer of the Barrier all around perimeter of the container make additional applications on top or below the layer to get the right depth as needed a second layer if appropriate should reduce the escape or using a secondary method along with Super Slick Insect Barrier.

To get your adult beetles to stop flying utilize temperatures below 89 degrees in your enclosure.

Feed for 30-60 days.  Give smaller projects. Dermestid Beetles work better like this.  Build up to a large skull cleaning project. This prepares the colony to Work most effectively for you.
Purchase The Right Amount off Beetles.  This ensures that you will get the right amount to build up to Work to do the job intended.
For instance
To Clean a Rabbit Skull with Dermestid Beetles requires 4000 Beetles to effectively clean it.
Cleaning a Fox or Beaver Skull will take 8-9,000 Beetles to clean it.
To Clean a Deer Skull will need 25-30,000 Beetles
Cleaning a Bear Skull will need 45-55,000 Beetles
Customers Can Buy The Proper Amount of Beetles By Using The Guide Above.  Most Importantly Purchase The Right amount of Dermestid Beetles.
Leaving Too much meat Kills Beetles Dermestid & Colonies. Meat Should Be Fresh From The Freezer To Kill Any Pest Eggs. Rotting or molding may kill your Colony.  Remove the eyes, brains and skin and as much meat as possible with a knife before giving to beetles. Purchase The Right amount of beetles.

Adult Dermestid Beetles Work at producing babies and concentrate on little else besides breeding and laying eggs.  The experienced hunter and taxidermist realizes that the Dermestid Beetle Colony Larvae Work consuming the most flesh/meat from a carcass.

Do you sell Dermestid Beetles Michigan?

We ship to All U.S. States.

How Many Dermestid Beetles To Clean A Skull?